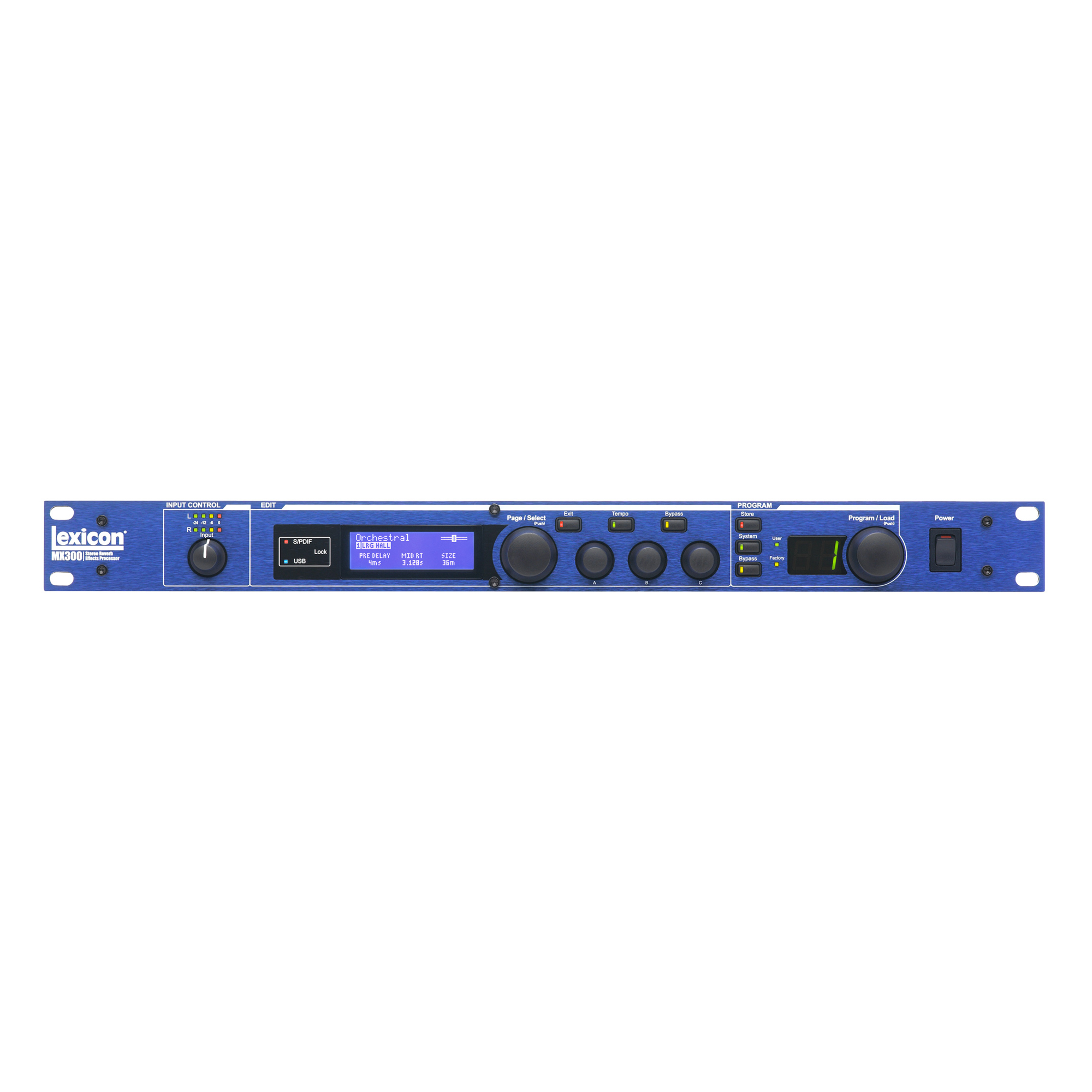 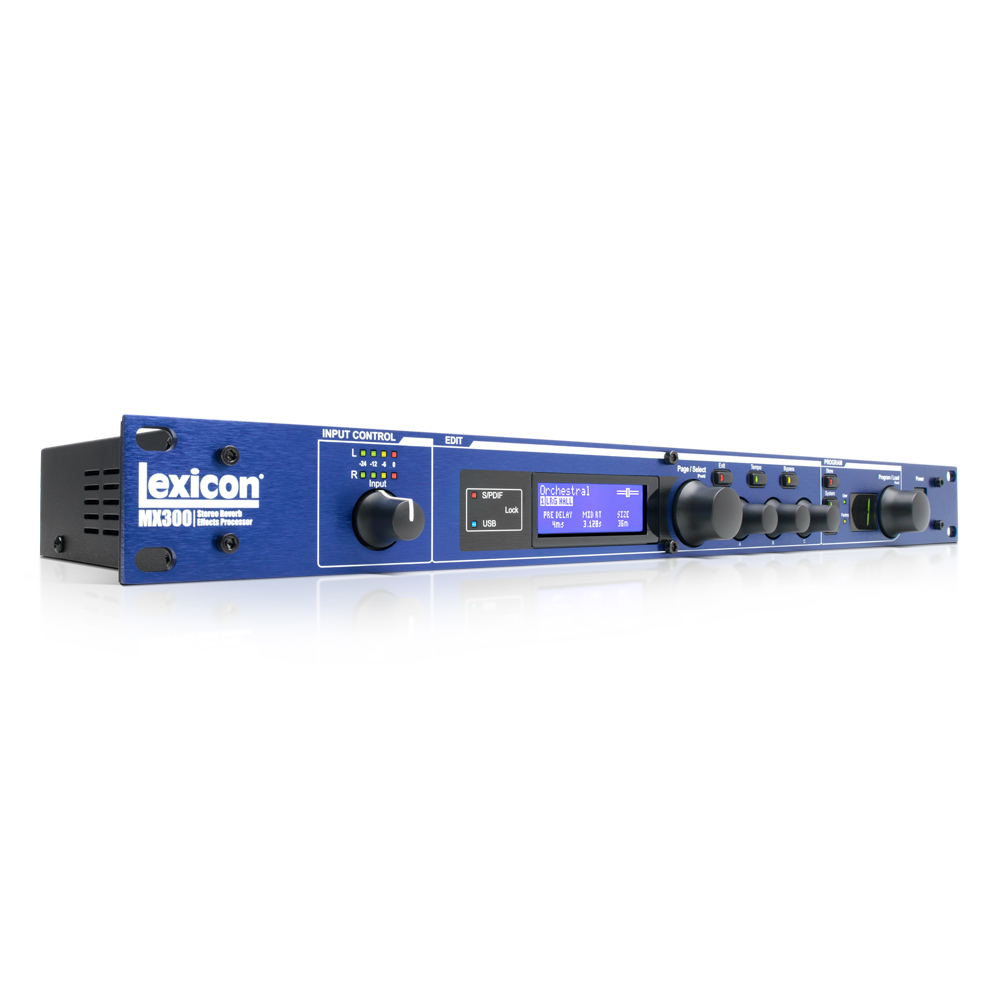 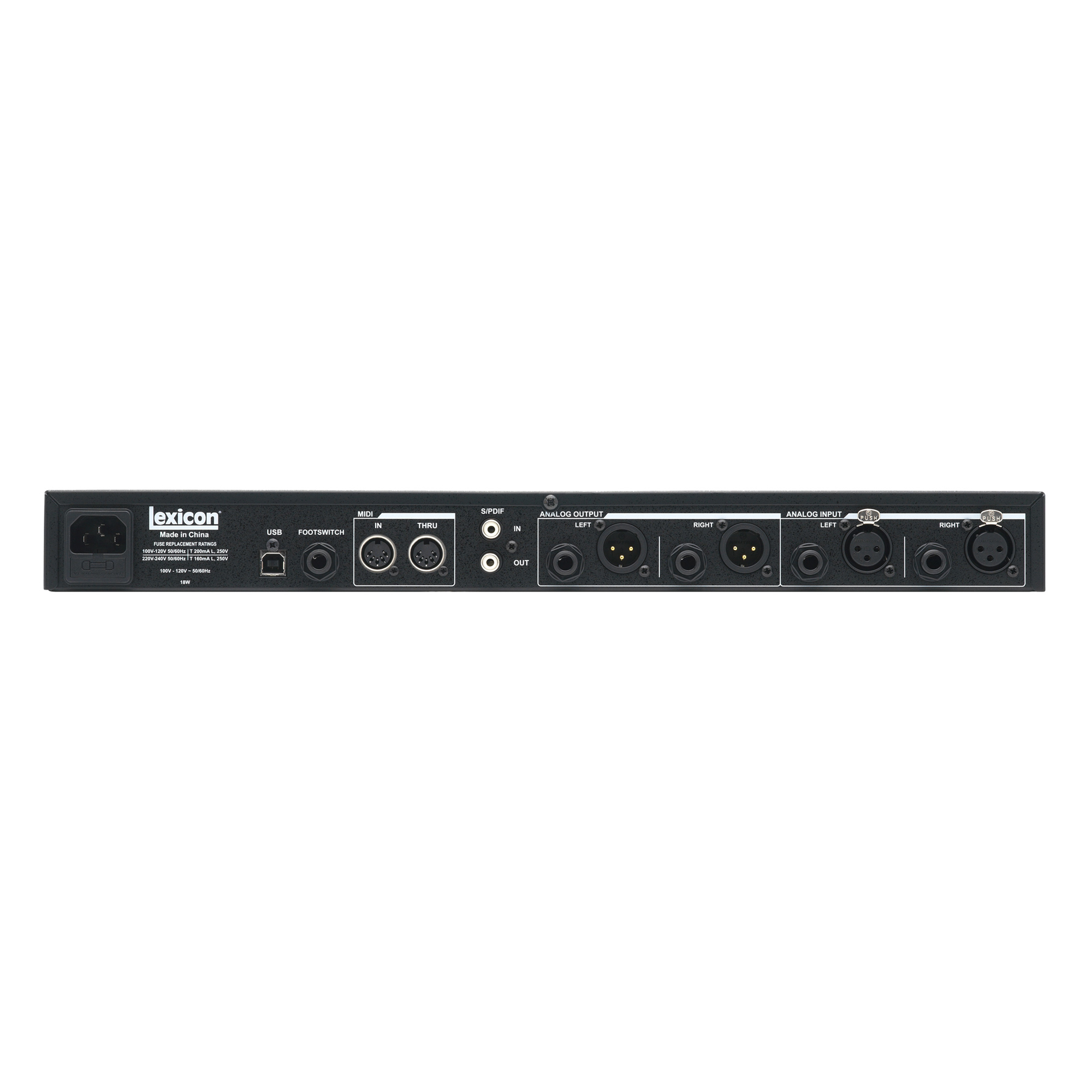 STUDIO PLUG-IN PROGRAMMING & RECALL WITH THE POWER OF LEXICON HARDWARE

Our revolutionary MX200 and MX400 changed everything. The great sound of a hardware Lexicon reverb — plus the ability to put that power to work as part of your DAW workflow via PC VST® and Mac® AU plug-ins. Now we’ve packed a significant portion of the MX400’s feature set into the ultra-affordable MX300.

All parameters of every reverb, delay and dynamic effect in this powerhouse processor are available inside any PC VST® or Macintosh® AU compatible DAW program. Just link your computer to the MX300 with a USB cable and control automation and recall parameters exactly as you would with any software plug-in. You get the sonic benefits only Lexicon hardware can provide…without bogging down your computer’s CPU with the extreme demands of reverb plug-ins.

Along with our unique “hardware plug-ins” for PC and Mac®, we’ve also included MX-Edit™ Librarian software so you can store and recall custom programs or pull up an unlimited number of Lexicon settings.

We urge you to do a serious side-by-side listening test of of the MX300 versus comparably-priced competition and units costing far more. You’ll hear why Lexicon is the leader in reverberation effects. Why not put the unprecedented power and connectivity of the MX300 to work on your productions?

When money is no object, Lexicon gets written into more major tour riders than any other brand of reverb. But when money is a concern, you can still have the rich, detailed texture that makes the Lexicon sound unique. Here is a full arsenal of voice and instrument-enhancing effects including sixteen Lexicon reverbs, seven delays, genuine dbx® compression and de-essing and modulated effects that will make any performance sound better.

We designed the MX300 to be ultra-easy-touse in demanding live sound situations. Once a program has been selected, you have instant access to three parameter knobs — instead of having to page through extra menus. You can program a whole night of presets, and dial them up quickly with the dedicated program select knob and bright LED display.

Like every product that Lexicon makes, the MX300 is designed to withstand years of jarring, jostling, load-ins, load-outs, brownouts and power surges. It’s simply the most live reverb ever offered at this price.

You ever heard reverb on an album track, chances are you were hearing Lexicon. We invented digital processing. And we’ve been perfecting it for thirty years.

Dual Stereo (Parallel) routes Left and Right input signals through both effects independently. Both Effects’ output signals are then mixed together, and routed to both the outputs as a single stereo signal.

Stereo routing provides a single stereo effect path for Left and Right signals. This routing removes one of the effect modules for users requiring a streamlined signal path with only a single effect for their needs — but taking advantage of all of the MX300’s processing horsepower. 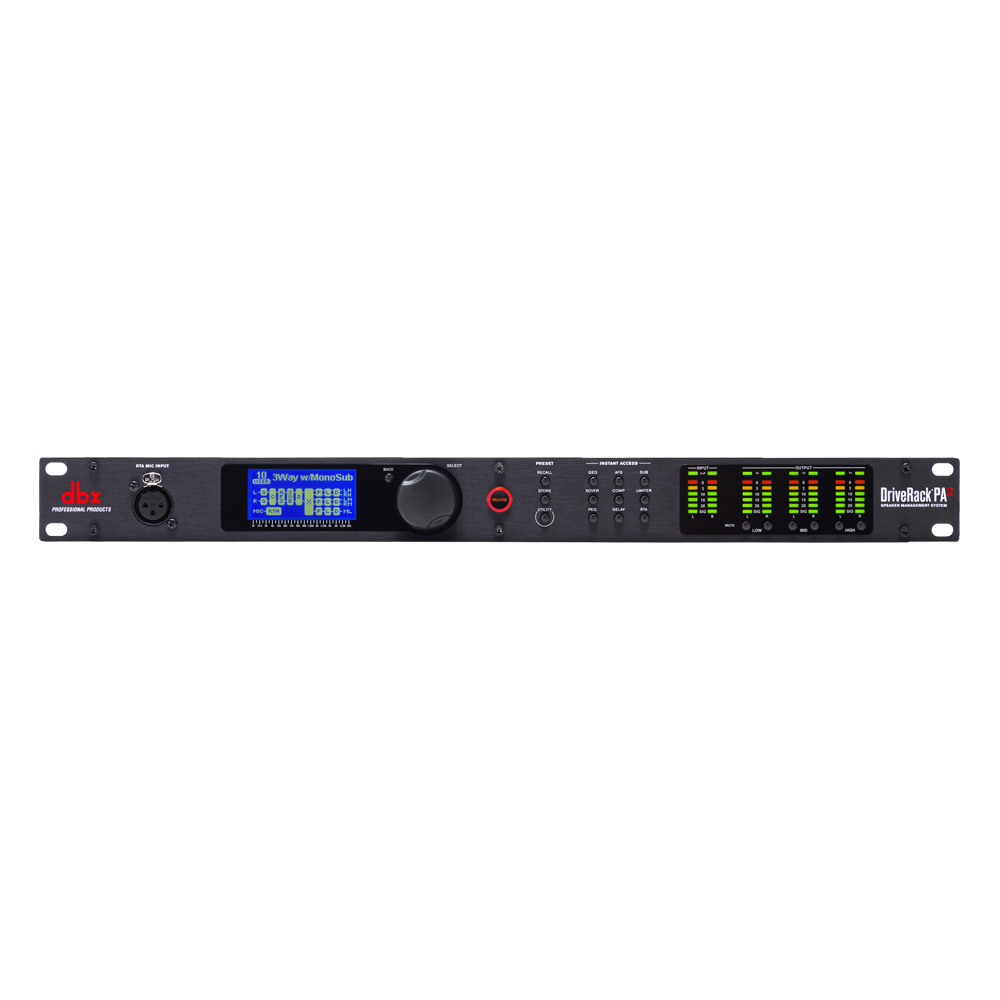 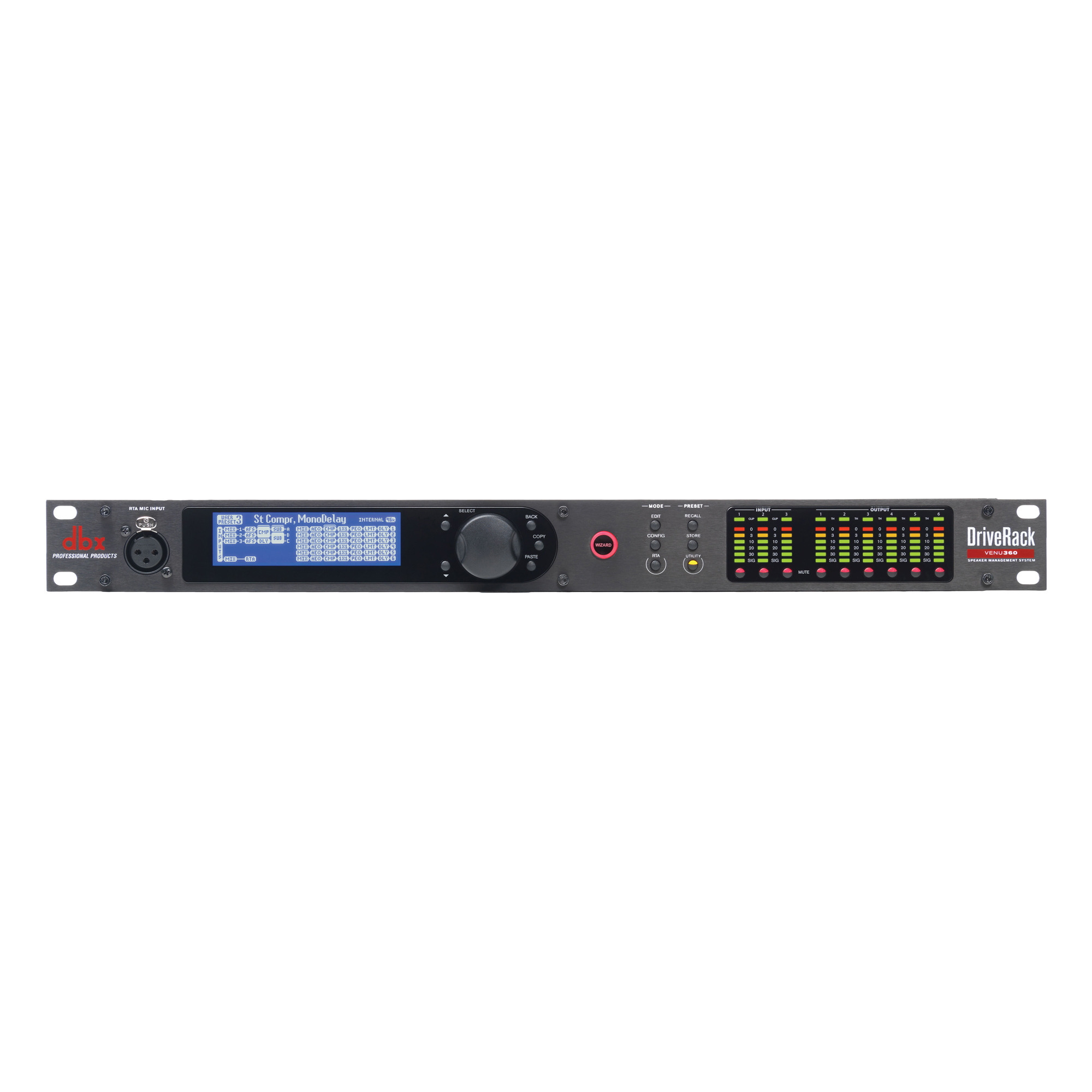